The College of Registered Psychotherapists of Ontario is finally open!

So it finally happened! After YEARS of red tape and politics, the College of Registered Psychotherapists of Ontario finally opened its doors on April 1st 2015 (no joke) and I was within the first 3 dozen therapists that received membership in this professional body!

This momentous and much misunderstood event is ultimately a milestone accomplishment for psychotherapists across Canada, not just those in Ontario, as the designated title “Registered Psychotherapist” is now recognized Canada wide as a protected term. Although the act of psychotherapy is still relatively undefined, the term “Psychotherapist” or its abbreviation “Therapist” may no longer be used legally by anyone without recognized training and experience.

One group of outraged individuals seems to be those that practice hypnotherapy with insubstantial training in everything else about the therapeutic encounter. To illustrate, most hypnosis courses run for a matter of hours or days, psychotherapy courses require several years of training to complete. Knowing how to hypnotize someone without being a therapist first is akin to learning how to operate a drill and then offering your services as a general contractor (or a dentist)  - so you can probably understand why a regulatory body like the college was needed to protect the public?

It seems forms of psychotherapy have pretty much always existed, even in the 4th century BC, there is recorded evidence of philosophers practicing psychotherapy as a healing art. The Oxford English dictionary informs us that the original meaning of the psychotherapy was in fact: "the treatment of disease by ‘psychic’ [i.e., hypnotic] methods". It was only with the instating of psychology as a science comparable to all other sciences over 14 centuries later that the discipline of psychotherapy began being claimed and owned by the world of academia and science.

The problem that science encountered was that, unlike physics, the realm of human experience cannot easily be squeezed reliably into an equation or formula. As I’ve stated before, psychology may be a science, but psychotherapy is an art. Even considering medications - there are NONE that reliably work for all people. Many medications have unpredictable side effects, but their inability to work across the board is generally not seen as evidence that they are unscientific. Even though there are no negative side effects of psychotherapy, the dominating fraction of scientific evidence based psychology has until now sought to rule the world of human cognitive and emotional healing.

Shamen, spiritual healers, philosophers, hypnotists and intuitives still got to practice psychotherapy, but their misunderstood methods have been ridiculed and marginalized - perhaps most noticeably the cultural trend around hypnosis. So intimidated at the notion that human beings could be guided unconsciously to respond differently in trance than in their waking state, even medical doctors that have been presented with the incredible wealth of scientific evidence that has proven that hypnosis works (even when they’ve been unsure how) have been guilty of dismissing hypnosis as a mystical nonsense. Partly through fear and partly due to misinformation, hypnosis has remained for many a last resort rather than a first port of call when it comes to dis-harmony experienced as dis-ease or dis-comfort.

So it is quite the victory that psychotherapy has now been granted its rightful place amongst other health professions that have in the past also struggled for public acceptance, including chiropractic care, acupuncture and massage. During my years serving on the board of CAPT (the Canadian Association for Psychodynamic Therapy), one of the largest psychotherapist associations in Canada, we as an association were faced with the challenge of retaining the right to provide psychotherapy services to our clientele despite the way our members might deviate from the scientifically accepted medical model. In the medical model, generally conditions are treated rather than people. As wholistic (the whole of a being) mental health professionals, we psychotherapists generally treat people that express their problems in the form of specific conditions, rather than the condition itself.

Depression for me is a sign that the way one’s life is being lived is out of phase with the emotional needs of the individual and needs to be addressed, rather than believing that serotonin production has been impinged upon by a brain malfunction or chemical imbalance. The important balance is a balanced life. Thankfully with the increased popularity in Mindfulness and meditation, it seems the time is right for our world (or at least or country) to embrace more holistic remedies and start seeking lifestyle changes that bring us back into balance rather than masking symptoms with a drug. I’m not saying drugs don’t have their uses (like booster cables for a flat battery), i’m just saying drugs are not the answer.

That being said, I really have not seen much publicizing of the opening of the college, so it may be a while before the public at large get to be educated about the literally hundreds of modalities and styles of psychotherapy available to them. It may take a while before the health plan providers begin covering psychotherapist fees for the provision of psychotherapy, a rather bizarre situation that promises to be resolved eventually. Until then, it may just be nice to know that it is no longer legal for an inadequately trained individual to advertise themselves as any kind of therapist or hypnotherapist, as they are all now required to meet regulated training and continuing educational requirements.

It remains to be seen what changes may be forced on music therapists, art therapists, dream therapists, etc. etc, (it seems chiropractors are now being urged to prescribe medications rather than just adjustments!) but for now this is a very positive thing. Us psychotherapists have been given a seal of government approval and YOU the public stand to benefit from this in numerous ways. Only time will tell if this is the governmental suffocation of time honoured approaches to human healing or if this is truly a sign of mass acceptance. I’d be very curious to learn your views and to discuss your thoughts, so whether you are a psychologist, social worker, psychiatrist, hypnotherapist, psychotherapist or simply a consumer of healing modalities - please let me know what you make of this new designation and the impact you face because of it. 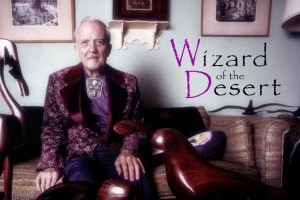 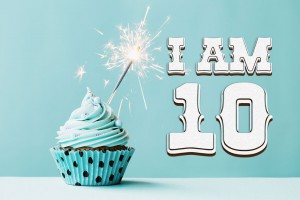 10 Year’s as a Psychotherapist

Enter your details to download "Absolute Calm" and stay informed about new resources.

Want me to speak at your Company?

Fill out the form below and I'll get in touch.

Be the first to get my new audio book...

Thanks for your interest in receiving my FREE Audio Book

I'll send you a link to download the audio book as soon as the finishing touches have been completed.

Fill out your info below and you'll receive it in your inbox.